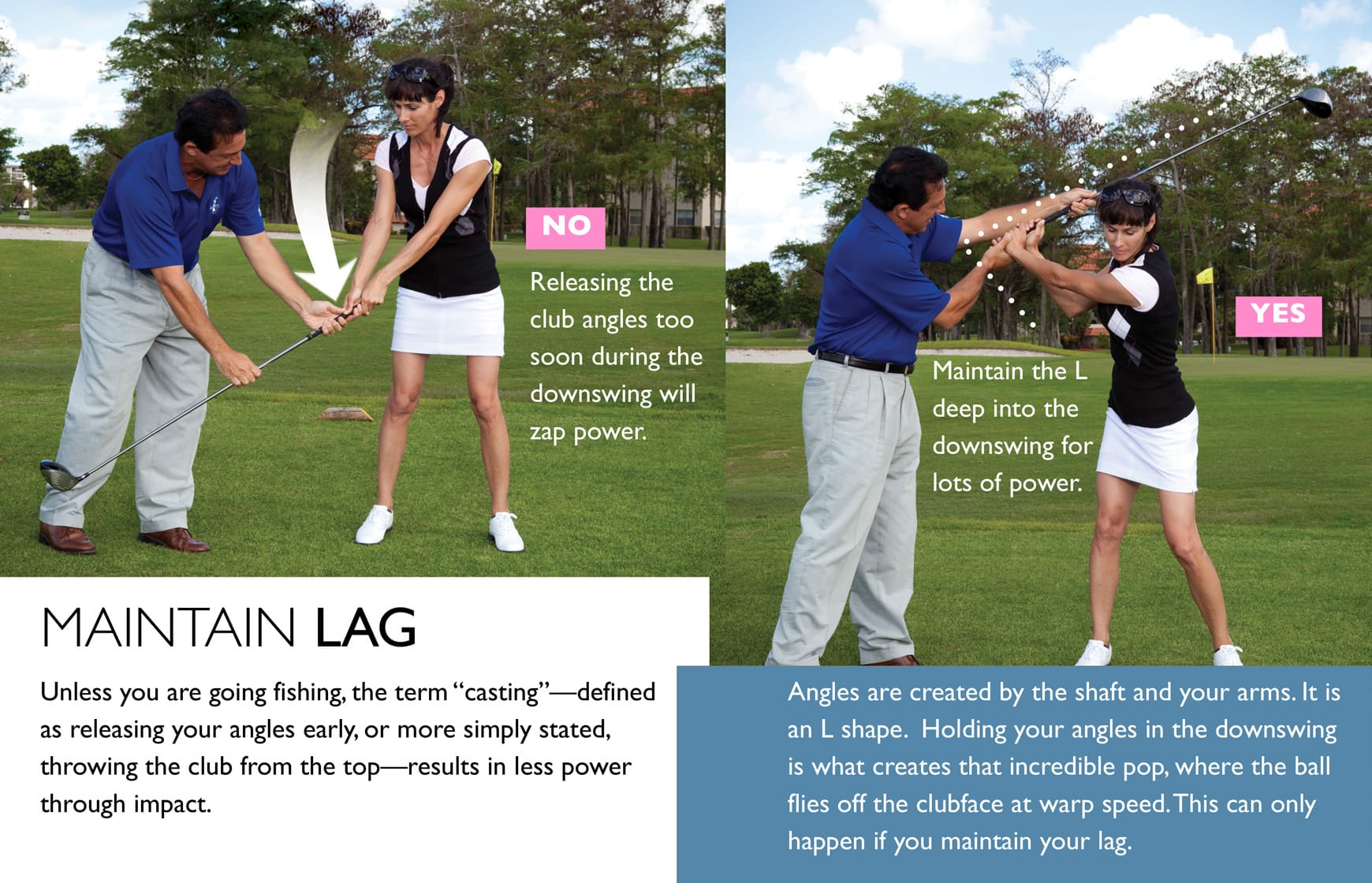 Unless you are going fishing, the term “casting” (defined as releasing your angles early or throwing the club from the top) results in less power through impact.

Angles are created by the shaft and your arms. It is an L shape. Holding your angles in the downswing is what creates that incredible pop, where the ball flies off the clubface at warp speed. This can only happen if you maintain your lag. Maintain the L deep into the downswing for lots of power.

Power Failure: Releasing the club angles too soon during the downswing will zap power.

I enjoyed a few lessons with Barry in Florida. He is super-knowledgeable and has an easy-breezy teaching style that puts anyone at ease with a splash of chuckles. He also participated in my Road to Pars TV concept sizzle! He is a natural on camera and was a pleasure to work with.

Barry is a professional golf instructor based out of the famed Inverrary Country Club in Fort Lauderdale, Florida. Barry has appeared numerous times on the Golf Channel’s Academy Live, Your Game Night, and Champions Tour Learning Center. Selected twice as one of America’s Top 50 Golf Teachers by Golf Range magazine and nominated 4 times by Golf Magazine as one of America’s Top 100 Golf Instructors. Barry has been an instructional editor of Golf Tips magazine since 2000 and has authored more than 100 nationally published instructional articles in golf magazines.