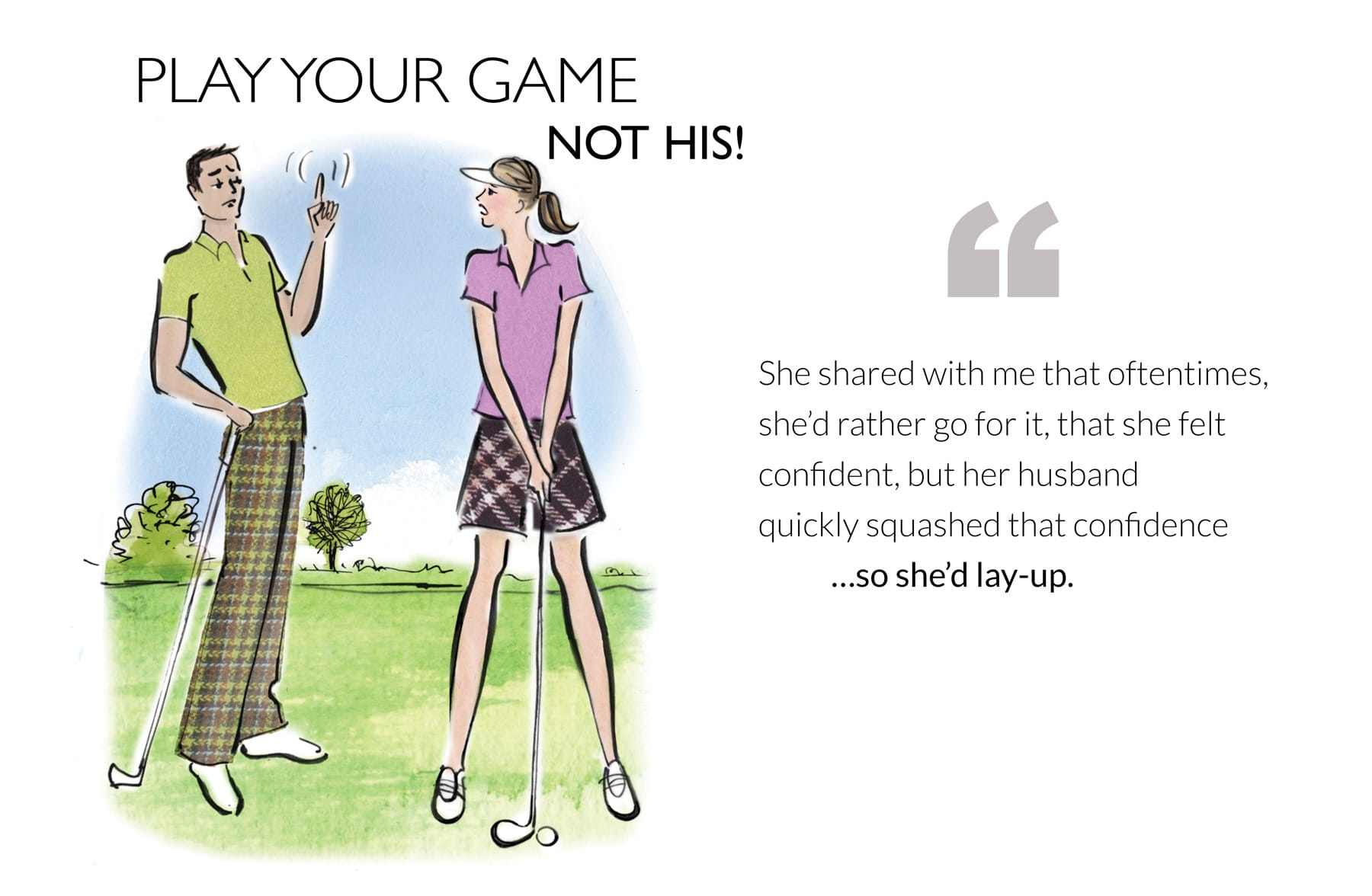 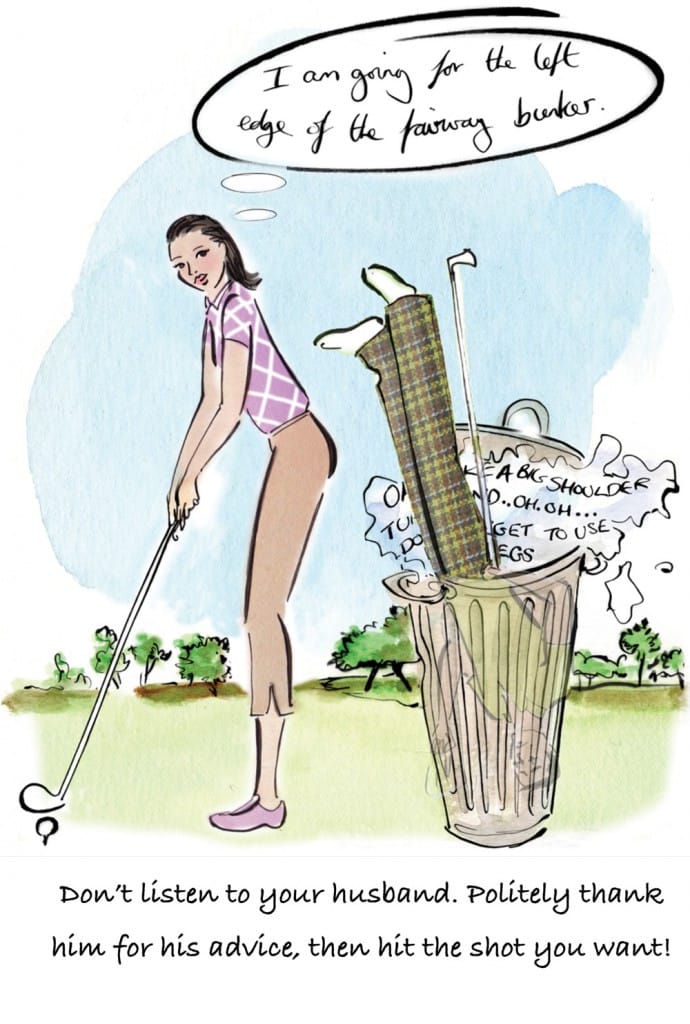 During an on-course event, I was chatting with a lovely woman named Nancy about her game. She stated that she primarily plays with her husband, who introduced her to the game. Often while playing, he would undermine her preferred choices on shots; shots she felt she could make. He would typically tell her to lay-up or play it safe.

She shared with me that she’d rather go for it, that she felt confident, but her husband quickly squashed that confidence…so she’d lay-up.

Our focus became that she would play HER game, not her husband’s. This meant she had to change her perspective and dig deep to reignite that squashed confidence. Essentially, we squashed her husband’s strategy and brought back her game strategy. To help find that confidence, I asked her to play some tough shots. For example, where she would have typically layed-up, I asked her to select the club she felt confident to make the shot. To her amazement, she pulled it off! She made some amazing approach shots that day…for pars!

Her husband’s intentions were well-placed. His goal was to make sure her misses were good. For example, he suggested she lay-up because he thought she could not hit it far enough to carry a fairway bunker. However, Nancy felt otherwise. In her mind, she believed she could. But because she’s a newer golfer, {her husband’s been playing many years} she’d go with the safer shots.

Thank you so much for your encouraging message and observations from our playing lesson. I have read through your book at least three times, and I’m really inspired to play golf and practice the instructional tips.

I played with my husband and another couple earlier this week at the club, and I was one-under after four holes…first time I have ever strung together 3 pars and a birdie! I fell apart later in the round… couldn’t get out of the sand. I was so jacked-up, I lost my concentration.

But now I know what I am capable of and with that, I have a goal of practicing for an hour 3x a week and to play at least 9 holes 2x a week. This fall, I’m going to play a couple of tournaments with the Women’s Golf Association at my home course, so I’ll let you know how it’s going.