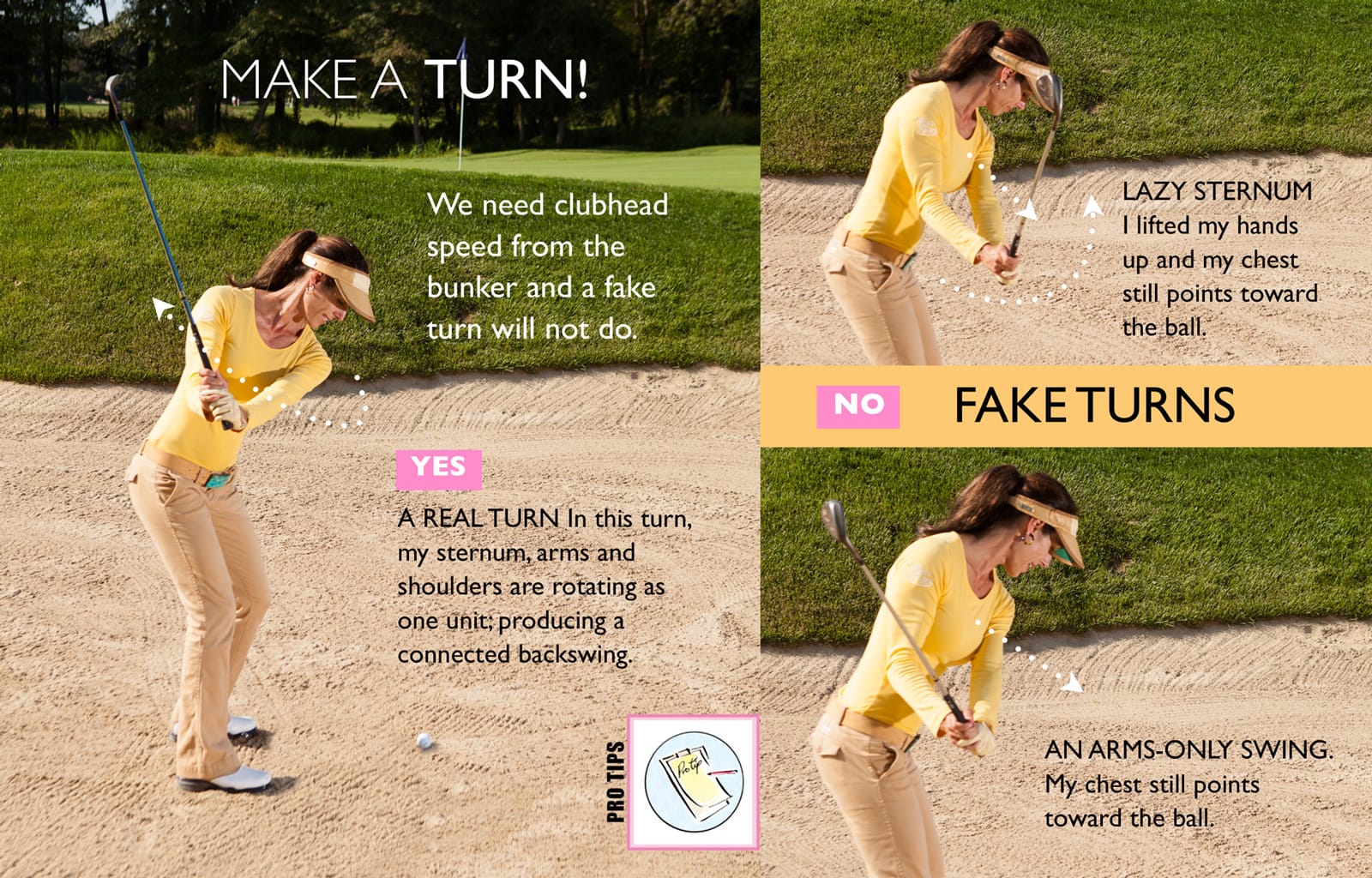 We need clubhead speed from the bunker, and a fake turn will not do.

YES backswing: In this turn,  my sternum, arms, and shoulders are rotating as one unit; producing a connected backswing with good bunker action results.

It’s called a backswing because our back faces the target.